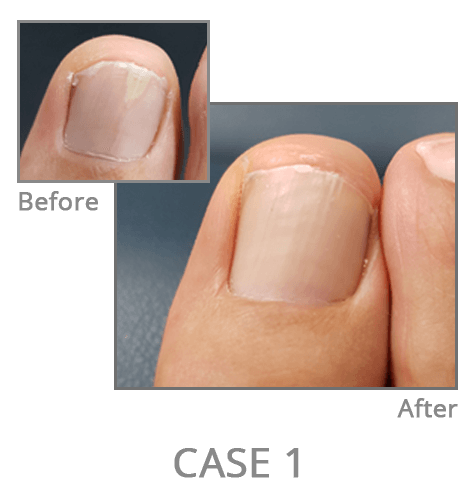 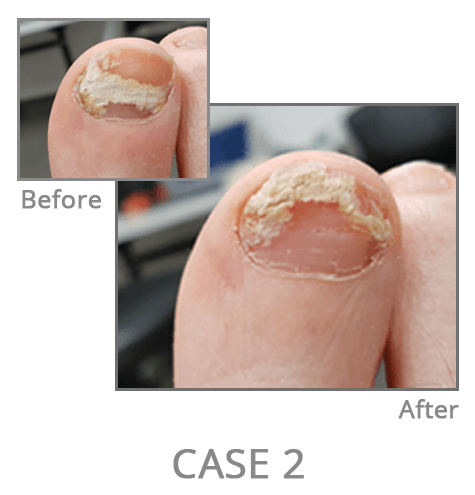 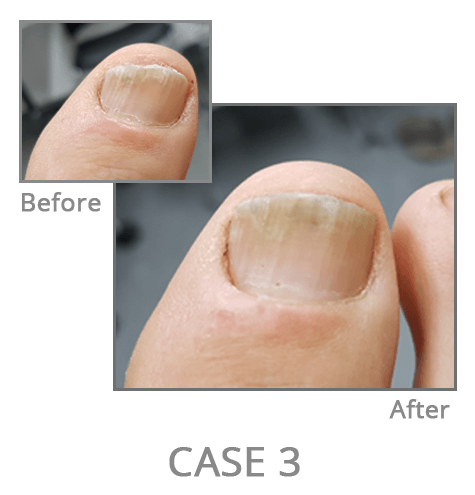 Almost complete resolution in as little as 4 months after 1st laser treatment.  3 treatments were performed.  Patient had had this fungal infection in his big toenail for approximately 5 years prior and had tried over the counter ointments without success.

Patient has had this fungal infection for 20+ years.  No success with over the counter ointments.  The after picture was taken 4 months after he commenced treatment.  The fungus is still growing out with the nail growth however the improvement in clear nail at the nail base is evident.  Another after picture will be taken at the free 3 month follow up appointment.

The after picture was taken 3 months after commencement of first treatment.  A noticeable improvement is seen at the nail end despite the fungus still growing out with the nail.  Another picture will be taken at the free 3 months follow up.